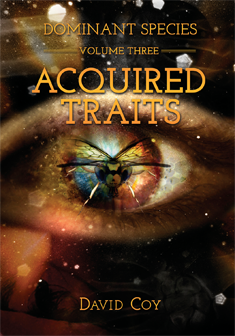 While the trio struggles to survive, another threat – one more virulent than the jungle’s life forms – threatens the very survival of the new colony. Rachel’s venom-induced visions are telling her something – revealing the terrible nature of the danger – and awakening memories of things and events ancient, dark and monstrous.